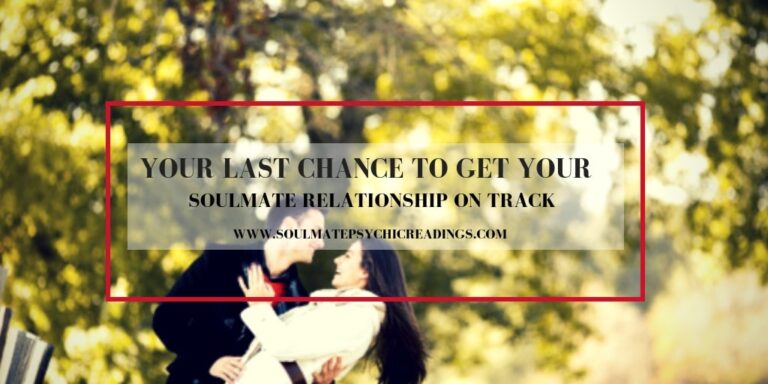 Are you waiting for some mystical force to come and fix the hot mess you two created? Don’t just sit there waiting, because the universe won’t step in. You both have free will and had the chance to either create something beautiful or something extremely unfortunate. Eventually, if you don’t use your same free will to fix it, it really may never be what it could be.

When soulmates are riding the wave of good times, there is no better feeling in the world. But don’t let those good times distract you from the parts of your relationship that could ultimately destroy it. Make up your mind that you are going to do what you should have done a long time ago and put your foot down. Change whatever behaviors you may be contributing that is making your soulmate relationship not work. Stop allowing your soulmate to do things or say things you would never allow another person to get away with. How can you think that is the right thing to do? Why would the universe create a connection and bound you to a person only to be mistreated and made unhappy?

They wouldn’t. The didn’t. You two did that. This part is on you. Stop making excuses and succumbing to fear before it is too late. Don’t just throw in the towel, do something different. Make a change with your own behavior that they will respond to. You and your soulmate are stuck in a rut of dysfunctional, unhealthy behavior and you need do things differently from now on if you want the relationship to change. It may sound hard, but what is just as hard, if not harder, would be to keep letting things get worse and worse between you, which it will.

Make them believe that things will be different from now on. Don’t just tell them, show them. Be consistent and make a promise to yourself that there is no turning back. You are going to demand the treatment and respect you deserve or you may have to take a break for a while until they get their act together. Too often we learn we used our last chance before we knew it actually was our last chance. Don’t let that happen with your soulmate relationship, and don’t leave it to up to chance. Take action, and take it now.