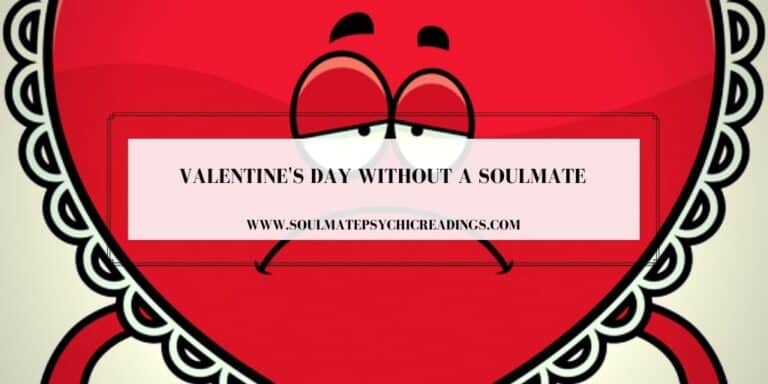 IT’S THE ONE THING MISSING IN YOUR LIFE

It can be both frustrating and depressing. You have gotten your career on track, taken good care of yourself, have your finances in order and feel the only thing missing in your life is a stable soulmate relationship. Well where the hell are they? What is taking so long? Did they get lost?

As we have discussed numerous times, soulmate relationships are not just about romance. But they’re about learning life lessons and growing as individuals as well as a couple. You may believe 1000% the time is right to meet your soulmate but the universe may not. Being unable to control if and when your soulmate shows up is a hard pill to swallow.

People don’t like waiting in general, especially when we feel we are ready to go. When a soulmate doesn’t show up for you, you feel as if the universe is abandoning or ignoring you. Some people wind up very angry and bitter about it and end up being angry and God or the Universe.

YOU CAN’T ESCAPE THE COMMERCIALISM

It doesn’t seem fair and you don’t think its fair. You see the commercials of blissful couples celebrating Valentine’s Day together and want to smash the television to pieces. The stores have been flooded since the day after Christmas advertising red, white and pink goodies for their loved ones. Even going to the grocery shopping is not a safe haven for your emotions as their entrances are flooded with goodies, flowers and stuffed animals. There seems to be no escape.

All of this over the top, in your face, Valentine’s Day over-commercialism, makes many people feel like a loser and not good enough. Others feel they are being punished in some way. The way to deal with all of this nonsense is by putting it into perspective.

First of all, the universe doesn’t create soulmate connections for the sake of Valentine’s Day. Valentine’s Day was created in Victorian times. And not by the universe, so it really isn’t their concern. The universe is also not here to be Cupid and just put together blissfully happy couples. That’s not really their job.

THE REAL REASON FOR SOULMATES

Soulmate relationships are usually tumultuous, and in many ways a series of tests. These tests are HARD. And until both soulmates pass them, there is a lot of drama and a lot less romance. You have to earn the happily every after.

Valentine’s Day is a retail holiday, thanks to Hallmark, which has nothing to do with a spiritual connection. Remember it only lasts for 24-hours, and most of the people receiving Valentine’s Day tokens, gifts or flowers from their ‘loved ones’ are doing so out of obligation. It’s just an over-commercialized day that Hallmark rakes in the $$$- cha-ching!!!

For soulmates that get it right, every day is Valentine’s Day. Don’t lose hope, just don’t focus on the Valentine’s Day you may be spending alone, because there is always next year. Keep your chin up and keep the faith that one day you will be with your soulmate on Valentine’s Day! These years, do something to special for yourself and celebrate YOU!

3 thoughts on “Valentine’s Day Without a Soulmate”