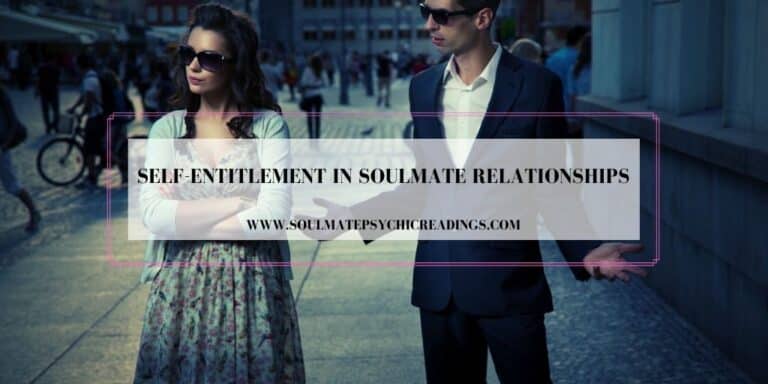 A connection exists between soulmates. But at a certain point self-entitlement can create dysfunction and chaos. When the connection is used against one partner, the relationship becomes very one-sided. But what exactly is soulmate self-entitlement? It’s the same thing as self-entitlement, but to a much larger degree. Which of course, makes it harder to deal with.

It’s very easy to feel your whole world revolves around your soulmate. This is actually quite normal. But when it revolves around only one of them, the other feels very left out. There has to be a balance in all relationships, including soulmate relationships, if they’re going to work out in the long run. When you meet your soulmate make sure you don’t go too far overboard and leave yourself behind. Allow your soulmate to do as much for you as you do for them. If they aren’t, you need to pull back on your efforts.

The things soulmates can do to one another, especially in the beginning of the relationship, are shocking. Not all couples go through this, but most soulmate couples do. Often one soulmate recognizes the connection right away and is more comfortable with it than the other. The other partner will act out, flip-flop, or even run. The soulmate who recognizes the connection often chases after them, and wants to talk to them about the connection. This rarely, if ever creates a harmonious relationship. What it actually creates is soulmate self-entitlement.

The one causing pain sees how much the other is willing to put up with and that they’re always forgiven. Then they feel entitled to push the boundaries and repeat bad behavior. They feel a sense of self-entitlement that no matter what they do to their soulmate, they will always be there for them. Bad idea. Real bad idea. This is NOT what you want your soulmate to learn. Why? Because any relationship without boundaries has no choice but to become dysfunctional down the road.