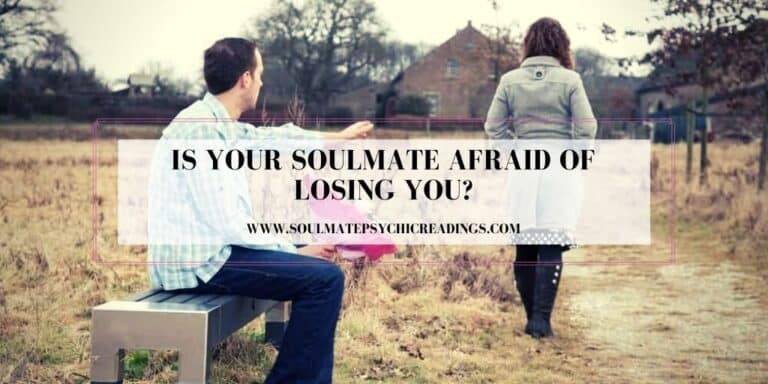 If your soulmate is not afraid of losing you, you need to sit back and ask yourself why. The quick and easy answer is because they have no fear you’d ever leave them.

You have made it too easy for them. After all, they see you tolerate their countless nonsense, bad behavior and bad manners. So what’s one more time going to hurt?

You are the one getting hurt, not your soulmate. So why should they stop their nonsense for fear of losing you? Since you haven’t left, they doubt you ever will. When you make abnormal behavior acceptable in a relationship, it becomes the norm in your relationship.

This is the fastest, quickest and easiest route to a dysfunctional soulmate relationship.

WHY THEY’RE NOT AFRAID OF LOSING YOU

If you want your soulmate to be afraid of losing you, you will have to stand up for yourself. No one is afraid of a weakling. A strong, empowered man or woman knows they have to back up their words.

They also need to back up their ultimatums with actions. There has to be consequences, a punishment if you will, for bad behavior. If you make too many allowances and excuses, they won’t think you mean business.

You have to be believable. Your soulmate may know you’re terrified of losing them, no matter what they do to you. And they use that fear against you. Do you show them you will stay with him at the expense of your own self-respect, dignity and happiness? If you do, why would they be afraid of losing you? They shouldn’t and they won’t!

Stand up for Yourself

Your soulmate needs a natural, normal fear. One that if they screw up badly, they will lose you. In order for that to happen, the first time they screw up, you have to take it seriously. Don’t let it slide. Create and enforce your boundaries.

Even if you have to take a break from them for a while, have the courage to do it. It may sound hard to do, but it’s not as hard as putting up with mistreatment over and over. Make them worry about what would happen if they do it again.

If it’s not believable, the fear goes out the window. Think about all the things we fear. We’re afraid of these things because they will either cause us to lose something, hurt us or kill us. That’s where most fears come from.

They should fear that they screwed up one time too many. And they should fear your feelings for them may change. They should be afraid of losing their soulmate, someone who is irreplaceable.

Just showing them your fear won’t work. Your tears about how hurt you are won’t work. Guilting them won’t work. Those are your feelings of hurt and fear, not theirs. Only their own will make them stay in line.

START BY LOOKING AT YOURSELF

A good place to start working on healthy fears in a relationship is to examine your own. Is your fear of losing them is so great it allows you to tolerate bad behavior without taking a stand? If you don’t change you will never get the relationship to have proper balance or mutual respect.

It’s time to examine why you allow yourself to stay in a relationship where you’re undervalued and disrespected. You can’t use the soulmate label as an excuse. Spiritual relationships are held to higher standards. Lowering your standards disgraces the spiritual bond you have. That’s not what the universe intended, and they will not support it.

Once someone loses respect for you the way they see you changes. It ‘s just a matter of time.

Because what you don’t respect is not attractive to you. And by putting up with intolerable behavior you lose their respect down the line. Don’t teach them they can do terrible things to you and you wont do anything about it.

Your hurt feelings should be enough for you do something about it. Your feelings alone obviously aren’t doing enough to make them change. You need action. You need to put your foot down. And you need to make them believe you’ve had enough.

If they refuse to share their feelings for you, stop telling them yours. Let them learn that you need to hear it too. When they have no time for you, don’t have time for them. Stop revolving your life around their spare time. 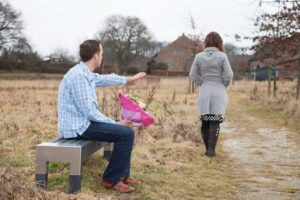 This will help them see you need to be a priority. If they haven’t made a commitment stop behaving like you’re already committed to them. And stop begging for a commitment. How can they think a commitment is important to you if you don’t make it so?

If a commitment is what you need, you would be prepared to give them an ultimatum. And if they cheat on you, end the relationship immediately and go quiet for a while. Yes, soulmates cheat, unfortunately.

What are your deal breakers?

They need to see that cheating is a deal breaker for you, as it is with many people. If it is a big deal, then you should act like it is. Otherwise, you send them the message it’s not such a big deal. Is that the message you really want to send?

If your relationship is an on/off relationship, realize they do this because you show them they can get away with it. So your soulmate isn’t afraid of losing you because they have done this so many times. Yet you never moved on, found someone else or turned them away. Sure, you may have bitched at them about it. But they’re not afraid of your words.

They would only be afraid of you moving on is if you turned them away when they came back. Have you done that? If you haven’t, don’t sit around dumbfounded that they did it again and again. Every time you allow it to happen you prove to them that they can do it again. Your choices are to either do something different this time or accept mistreatment. The decision, the responsibility, and the consequences that come with it, are yours.

It’s time to accept certain facts and to be honest with yourself. If you truly believe your soulmate can change it’s time to put your foot down. Most people only change when they have to. So shouldn’t you make them HAVE TO?

Are you hanging in there because you believe they don’t have it in them? That’s just another excuse. No one person can make a healthy relationship all by themselves. Why should your soulmate put forth an effort if you’re doing it all? They won’t. It’s human nature. So make them contribute to balance the relationship.

How long do you have to be unhappy before you do something about it? Don’t you want and deserve to be happy? Why should you let your fear drive YOU? Shouldn’t you demand respect? Do you fear telling them how you deserve to be treated? Are you like that with everyone in your life or just with them?

If it’s just your soulmate you need to ask yourself why.

You’ve changed for the worse for someone who treats you worse than anyone else in your life does or has. Is that was a soulmate relationship is supposed to be?

Yes, all soulmate relationships have opportunities to learn lessons. But they do not have to be learned the hard way!!! Why is there such an acceptance in spiritual relationships that you have to go through hell? It’s simply not true. But is sure is an excuse that enables people to degrade themselves for their spiritual partner. It actually stunts growth.

When you’re the only one with fear in the relationship, the fear grows. But so does the neglect and mistreatment. There may be a chance to get that healthy fear back into your relationship before it is too late. You owe it to yourself to find out if you have a chance, and how to go about making your relationship better.