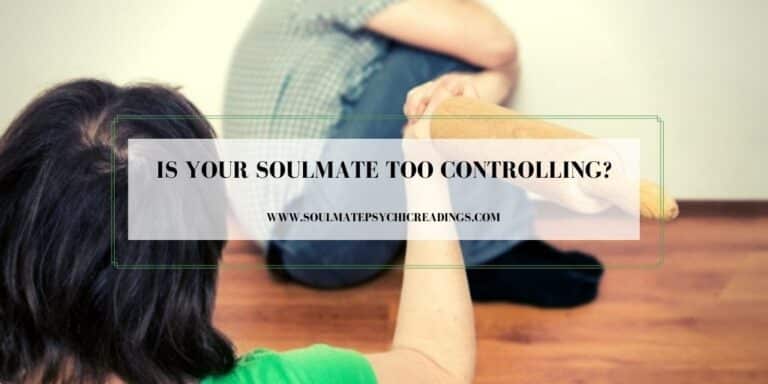 Some soulmates are uncomfortable when they’re not in control of what they feel and think. So they seek control elsewhere. They may want to decide what you wear, who you hang out with and how much time you spend at work. A controlling soulmate wants to be in charge of everything and anything.

A controlling soulmate will try to keep you away from friends and family. They want to be the only influence in your life. So they cut out your support system. They may even try to turn you against your friends and family Or make you choose between your friends, family and them. A controlling soulmate knows the right way of doing things. They also know the right viewpoints and opinions and expect you to know that. They will try to force you to do things their way. And will even resort to being overly critical of things that really shouldn’t concern them in the slightest.

THEY WILL RUN ALL ASPECTS OF YOUR LIFE

A controlling soulmate will also be in charge of when you’re intimate and how much time you spend together. They will punish you in some way, shape or form if things don’t go their way. And they’ll make you feel guilty when you really shouldn’t. They expect gratitude and appreciation for everything they do for you. But everything you do for them won’t really count.

A controlling soulmate will have no respect for your privacy at all. All relationships need to have transparency. But they also need to have trust as well. If you have given them no reason to suspect you of wrongdoing, you should be able to earn their trust and have a certain level of privacy within the relationship.

A controlling soulmate will also be a bully. They won’t take no for an answer, and will wear you down until you decide it’s easier to just give in. They will also be your judge, jury and executioner. You will be presumed guilty rather than innocent. And they’ll punish you for anything you have done wrong, real or imagined.

If a waiter or waitress pays too much attention to you, somehow you will get the blame and the punishment, as if you started it or encouraged it. They will criticize you openly or under the guise of “teasing you”. If you tell them you don’t appreciate it, they will say it was a joke. So then they get mad at you or accuse you of being too sensitive. However, if you do it to them they have the right to be angry or hurt.

If you have a controlling soulmate, you have two choices. You can either let them control your life or take control of your own life back. Keep in mind they won’t want to give the control up without a fight.

5 thoughts on “Is Your Soulmate Too Controlling?”