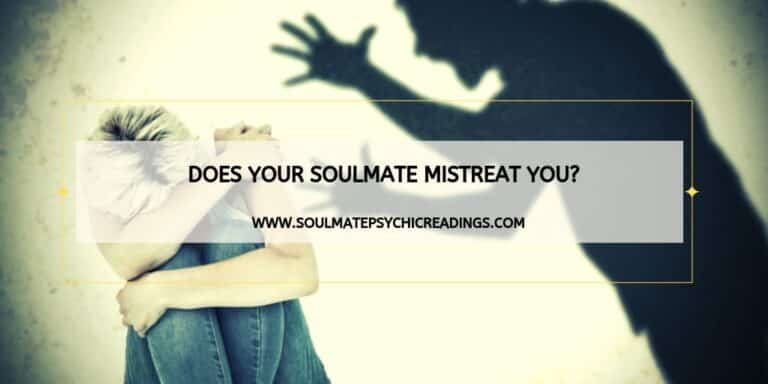 Even if you did something small, it should not have had such dire consequences and caused such an about-face in their behavior towards you. So what could it be? Surely soulmates don’t change on a dime like this without a good reason, right? Wrong. Soulmates can and will stop being nice. But not for a good reason, usually it is for a very stupid one.

Your soulmate may have stopped being nice because they are trying to deny the connection between the two of you. They got in over their head and are overwhelmed by their feelings. This is causing them to act out and mistreat you.  It is a lame excuse, so don’t feel too bad for them ok? Your soulmate may also feel pressure to create change. And this terrifies them to step into the unknown.

Your soulmate may have been thinking about your future and how one of you may have to move, change jobs, or exit another relationship. The fear of that, and the resistance to that change, can make them decide to take it out on you instead. If they fight with you, they have an excuse not to make the changes.  Or it delays them from having to make changes. Again, a lame excuse, don’t feel bad for them.

Another reason they may have stopped being nice revolves around control. Because they cannot control their feelings for you, they try to control you. They want the upper hand, they want to call the shots in the relationship so at least they can have control over something. This excuse is stupid too.

One of the most popular reasons soulmates mistreat you is that it no longer seems to be required. If you allow other to constantly and continually get away with murder, they simply stop being nice all together. When you enable someone mistreat and get away with it, you have a soulmate that is no longer nice to you. You don’t get Prince Charming at the end.

Creating and enforcing healthy boundaries is crucial to any happy relationship. You didn’t demand respect. Now you have a dysfunctional soulmate relationship. Once you have allowed your soulmate to establish patterns, it is going to be harder to get them to go back to what they were like before. You allowed the change to stick. Now you are stuck with a soulmate who mistreats you until you let them know they better change back.

If your soulmate mistreats you, take a deep breathe and think. Did you do anything to truly, really deserve this? If the answer is no, you have to be nice to yourself. Stand up for yourself and your relationship. Do not give them permission to destroy your soulmate connection. Do not be passive and all sweetness and light. Be prepared to fight for this relationship. Do the work it takes to get it back to where it was before your soulmate stopped being nice to you.

We also invite you to read: Feeling Your Soulmate Pull Away Feels Like Crap