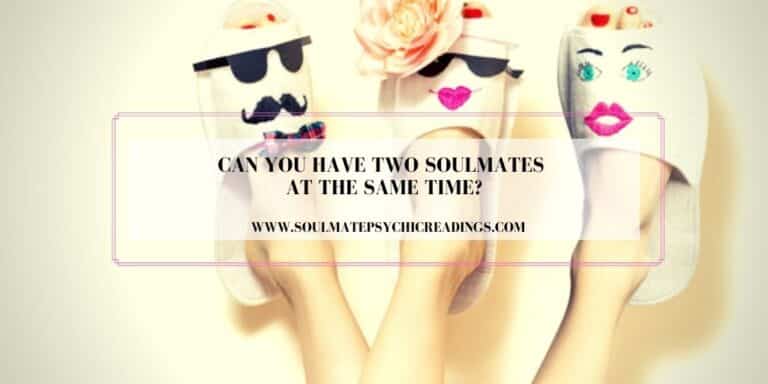 CAN YOU LOVE TWO PEOPLE THE SAME?

Soap operas have story lines where a character has to choose between two people they love. But in real life we always want one of them more. It’s never equal. A soulmate is a divine connection. You aren’t with a soulmate because of their status, wealth, or physical attributes. You share a soul connection and want to be with them, regardless of their strengths or their weaknesses. Of course you can feel attraction to two people at the same time, but not in the same exact way. There’s always one you want more than the other.

We hear from many people who believe they’re torn between two soulmates. And in every case there was never two soulmates. But there’s a a problem identifying a true soulmate from a false soulmate. And this happens a lot.

Sometimes we can be attracted to the wrong kind of person. It happens all the time and more frequently than you think. In the movies, it’s easy to crush on the bad boy or the bad guy. There’s this romantic notion of being able to change a bad guy into a good guy. All because he loves you. At that rate, why not just stick with the good guy in the first place? Why go through all that work to try to get someone to change, especially when change is not guaranteed?

You’d be amazed how easy it is for people to confuse their intense attraction and desire for the wrong kind of people and a soulmate. They’re not always one in the same. Sure, your soulmate could be a bad guy but not all bad guys you are attracted to are a soulmate. You also should look inside yourself and ask yourself why you are attracted to the wrong kind of person for you. Perhaps that’s the lesson and growth the universe is throwing at you.

A soulmate is such a rare occurrence in one’s life time that it simply wouldn’t make sense for someone to have two soulmates at the same time. If a past soulmate couldn’t get their act together, the universe could surely bring you another soulmate down the line. But at the same time? No, it just doesn’t make sense.