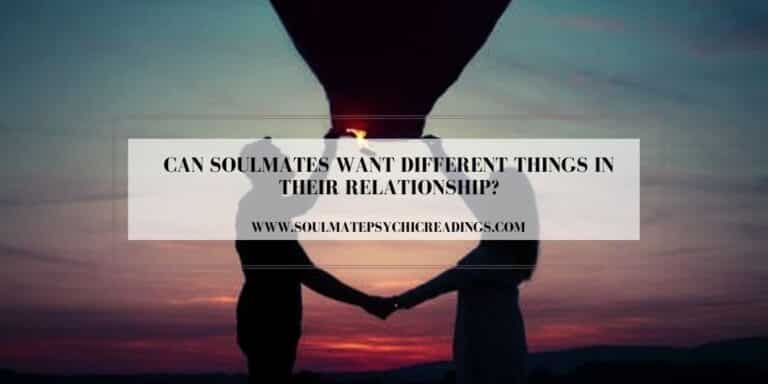 THEY DON’T KNOW WHAT THEY WANT

At first, one of them may want to enter into an exclusive serious relationship. They’re aware and awakened and know what a soul connection can evolve to. So they pursue it. On the other hand, their partner may run for the hills. They’re afraid of what the soulmate journey can be. They may be afraid of losing control because emotions are usually out of control in these connections. They may want to create drama or keep the connection stuck because they’re not ready for a serious partnership.

An affair can start, but usually they’re in the affair for different reasons. One soulmate wants it to be just the two of them and waiting for them to end their relationship. The other may say they want to end their other relationship, but keep coming up with excuses not to. In essence, these two soulmates want different things in their relationship. They both want their soulmate in their lives. But only one is ready, willing and able to make that happen.

Until soulmates want the same thing, their relationship will be chaotic. While one soulmate is trying to do the right thing the other is doing the opposite. Emotions run high and things tend to go from bad to worse. People would love to believe soulmates always want the same things. But it simply is not true. More often than not, soulmates are like every other couple who create the relationship themselves. And the results can be disastrous. That’s why it’s important not to lose sight of what you want in your relationship and not give up trying to get what you know is the best thing for both of you.