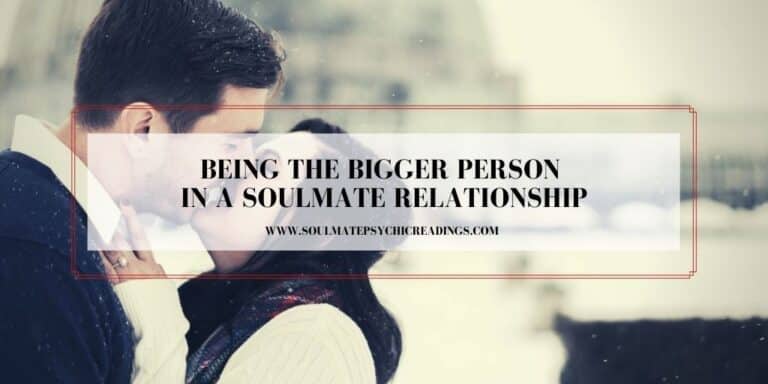 THE BIGGER PERSON IS USUALLY THE ONLY ADULT

When problems aren’t handled properly, it damages the foundation of the relationship. Rather than finding solutions to problems, childish behavior only creates more problems. An adult can be reasonable and can be reasoned with. But a child throws temper tantrums when they don’t get their way. How can a soulmate relationship flourish if both parties refuse to act and behave like adults? Simply put, it can’t.

ARE YOU DOING THE RIGHT THING?

You may think you’re doing the right thing when you are forced to deal with a soulmate’s childish ways. Instead, you enable the childish behavior to continue. And you allow bad habits to form. When someone learns they can get what they want, even through negative means, they’ve learned the lesson. They continue to do what works for them.

And the more it works, the more they will resort to childish behavior whenever conflict arises. The longer any habit continues, the more time it will take to break that habit down the line. And habits are harder to break the longer they’ve been part of the relationship. So why would a grown adult choose to behave like a child? It’s the same reason a child acts out! Because it gets them what they want. If you don’t give them what they want, only then will they consider changing their ways because they have learned their lesson.

Does your soulmate relationship feel like you’re the parent and they are the child? Or are both of you are acting like you belong in grade school? If so, it’s is time to grow up. It’s time to break these bad habits once and for all. We’re not always perfect. And once in a while we may act immature. But as long as it’s rare, it doesn’t cause any major damage to the relationship.

But when it’s constant and continual, it’s time to create positive change. If one or both of you doesn’t grow up, your relationship won’t grow either. If you are having problems in a relationship because of childish behavior, it’s time to make a change. Call out the childish behavior and find another way of reacting and responding to it. It’s time to break the bad habits and create positive changes.

2 thoughts on “Being the Bigger Person in a Soulmate Relationship”